THE ULTIMATE GUIDE TO WINNING MORE DEALS FOR AGENCIES.

1.  The biggest reason prospects say "No"

6.  The big picture when funding is an option

One of the toughest challenges in sales is when you have a client who, despite their apparent interest in your project or services, declines your offer. Even some of the top sellers lose sleep over clients who, for some reason or other, choose not to finalise a purchase or sign a contract for your services despite their obvious value and huge potential benefit to the customer.

You know the value of your services. They recognise the value. So, what's the problem? Is it you? Is it a competitor? Or are they just nervous?

This article will attempt to get to the bottom of this particular issue, and help you find a solution that makes the most sense both for you and your client.

THE BIGGEST REASON PROSPECTS SAY "NO".

You probably already know or at least have an idea about what this is. It almost always comes down to one thing:

You hear a version of this complaint on a regular basis. It may take one of the following forms:

There are a number of reasons why a client might say no. Let's break these down:

First of all, we need to acknowledge that any of these answers could mean that the client may actually not be interested in your services at all, and may be trying to find a polite way of getting rid of you. Human nature being what it is, many, if not most people do not like to be blunt lest they be seen as “rude.” For this group, unless you are the world's greatest salesperson, the client will never agree to using your services. It may be difficult to identify these, however if you persist, there's likely a chance they will find their “honest” side and tell you to scram. So let’s focus on those clients where there is an opportunity.

For the remaining potential clients, we can make the assumption that they really are interested in your product or services.

Many of the potential clients in this category are genuinely interested in your product, but honestly find it to be out of their budget range..

Another type is one that feels that they could afford to work with you if only they could just get a quick infusion of capital. (Pay attention to this one. This is the group we will be focusing on later) 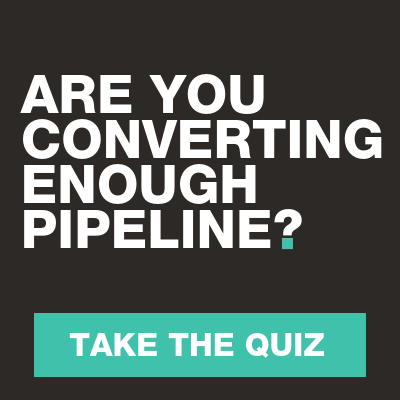 If you are a firm which provides services, it is absolutely essential that you create a solid working relationship with all of your prospects. Remember that concept “ABC – Always be Closing” from the classic film Glengarry Glen Ross? It sounds good, doesn't it? Well unless, like the firm in the movie, you are running a fly-by-night operation, it's a very problematic approach. It's aggressive, and in reality, most people do not like to feel pressured. They want to feel like they are making the right decision for themselves, not just today, but also a month from now.

Any potential client, if they are genuinely interested in what you provide, will want to get a sense of you and what it is like to work with you. This is extremely important if you want to persuade a client who feels they don't have enough capital to pull the trigger. You need them to want to do so in the future.

For this reason, it's best to treat your prospects as if they are already clients. Get to know them in order to gain a true understanding of their vision, objectives and goals. Learn more about who their target customers are. Find out areas where they have succeeded; what worked for them and what didn't.

A very important part of this process involves learning what their pain points are. In other words, what are the areas of their business where they need to make changes? They may have a process that needs improving. By focusing on these pain points, you will gain an intimate understanding of their business and what help they would value. During this process, you develop a rapport and you develop trust, which is absolutely important for obtaining a client. Evidence shows that price is not necessarily the biggest reason why people make a purchase; it's about the experience for them.

It is, however, also very important to understand their budget and their timeline. This is something you absolutely need to know before investing your resources. On the other hand, it could be very possible that they may have more potential financially than they believe, and by using your services, they could realise far more than they imagine.

Converting your prospects into clients relies on all of the above. You have a good relationship with your prospect, a mutual respect has been accomplished. You do, however, still need to close.

Typically, at this point an agency will have provided a solid proposal to the prospect, including the options which you feel may best suit their needs and solve whatever problems they feel they are having.

Commonly, an agency will have three proposals to present to the client. The first is typically the top offering, and something that the prospect would really like, however it is far out of their budget. It is the “dream” choice. It serves the purpose of showing the prospect the possibilities that exist. Both the agency and the prospect have no expectation for being able to use this option, but it helps set the goalposts.

The second proposal is something that is a strong offer, but a bit of a stretch beyond what the prospect feels that they can spend, but is within the realm of reason. This is the proposal that the client could envision themselves purchasing, however it is the one most likely to elicit the “not at this time” response.

There is also usually a third option. This is a much smaller deal which may not have a particularly strong ROI. This is typically something that would be used as a fall-back.

A realistic goal is for the prospect to choose the second one. While pushing the prospect's stated budget a little bit beyond their comfort zone, it will actually provide the greatest ROI. However, the client is nervous; they do not have the cash-flow and are uncomfortable about spending capital which might cause them some risk. This is where the strong relationship created with the prospect pays off. You understand what it is they need and what you can do for them. At this point a strong agency will demonstrate to the prospect that the amount above their initial budget could provide a return on their investment considerably above the cost.

The point here is to focus on the value. While the prospect could easily afford the cheaper option, the ROI may not be as strong as the other options. Your goal is to convince them to take a minor risk and to pick the option just beyond their expected budget, and by demonstrating to them that if they choose it, they stand the chance of moving beyond being a small company making modest returns to being that much closer to their vision.

Given all of the above, any agency with any experience is fully aware of how difficult it is to obtain new clients. It requires a large amount of time spent nurturing and developing trust in your prospects and walking them through the difficult first step toward making that first purchase.

As a result, the best ROI for your agency is served by focusing on retaining existing customers. If you have done a good enough job developing a strong relationship, and you have demonstrated it by providing them quality services, they are very likely to remain loyal as they already trust you, and understand what you can do for them.

Once the trust has been established, you have your best opportunity to upsell to existing clients. You can start to propose more ideas, where the investment is more ambitious, yet the ROI increases significantly. They may already be considering investing some of their increased value; it is for you as the agency to demonstrate to them the advantages of investing at a higher level.

Beyond suggesting this to them, use what it is you know from your ongoing relationship to research new opportunities, and provide specific well thought out ideas/plans to your client. 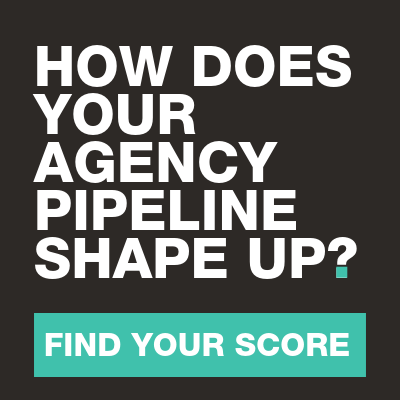 inFund provide agencies with their own branded point of sale funding solution, to make it easier for clients to do business with you. Using this sales tool allows you to give clients the option to fund the investment in using your services.

Here is how it works:

It's all about simplicity, speed and control.

THE BIG PICTURE WHEN FUNDING IS AN OPTION.

This approach to financing is not a new idea in the area of physical products. When an individual purchases a car, the dealer works directly with various banks to make sure that the customer can get a loan so that the sale can be made. A similar process happens for businesses who purchase large amounts of a product for resale. Once a relationship has been established, the consumer or the business now has direct access to the product or products they have purchased and immediate financing when it is needed.

What is new about the InFund white label solution is that this becomes extended into the service world. Maybe you are a marketing agency, or a web development firm. Maybe you are a systems consultant. You know that you have services that the client can use, but you spend far too much time dealing with clients who do not associate your services with loans in the same way that others do with physical products. They believe that they cannot afford your services quite simply because they haven't thought of it as an investment in the same way they have about physical products.

If you can make it easier for your customers to afford and access your services, particularly since many of your customers are driven by ROI, the funding itself can become a seamless part of the process. For your agency, you can broaden the scope of your marketing reach, and your clients can invest in opportunities that can bring in the human capital that you provide to solve their problems and to take their businesses to the next level.

While this is an exciting thing for many, this also means that competition for work is increasing. More and more of these individual companies need access to services like yours to be able to grow and to compete with all of the others. If you offer a way for this entirely new market of businesses to be able to obtain the financing they need to succeed, you have created an entirely new niche, which can help your agency compete with others.

inFund Technologies Limited is authorised and regulated by the Financial Conduct Authority under firm registration number 750112.

Calls may be recorded for training and quality purposes.